Abnormal and excessive deposition of bone and fibrous tissue affecting all parts of the skull and the face, the excessive bone can cause pressure on the optic nerve leading to blindness and even pressure on the brain leading to serious rise in intracranial pressure. These deformities may be associated with pigmentation of skin and hormonal disorders, including growth hormone, etc and is known as Macune Albright Syndrome. 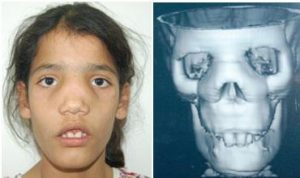 Though Fibrous Dysplasia occurring in other parts of the body tend to burn out during adolescence, Craniofacial Fibrous dysplasia may tend to continue to grow in to adulthood. 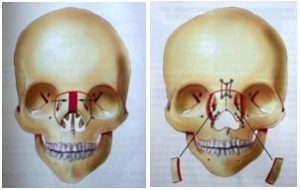 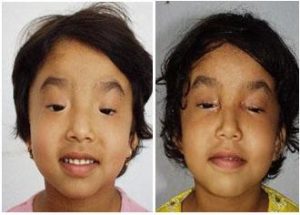 Hypertelorism is a clinical presentation where the distance between the two eyes (the bones supporting the eyes, called orbits)is significantly increased, such that, not only is the deformity visible , but can also lead to the absence of binocular vision that normal human beings have. For e.g.: Cows have eyes on the sides and each one registers a separate image, and thus they have no depth perception. 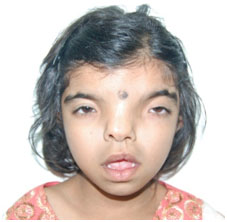 This condition may occur by itself or be associated with a number of other problems in various parts of the body including the brain etc. The surgical management of this needs the highest level of surgical expertise, way beyond even complicated cardiac surgeries.

This can be unilateral or bilateral ( one or two sided) leading to a severe flattening of the front side of the skull. The levels of the orbits (eyes) tend to get affected because of the flattening. To a large extent, if mild, it is merely a cosmetic problem, but when severe can compress the frontal lobe of the brain, which is so critical for human faculties. 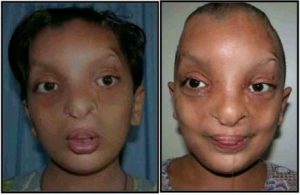 Repositioning of the flattened skull bone allows immediate expansion of the brain and its growth , allowing such children to develop normal intelligence and perform well social economically in society. One can appreciate the obvious flattening of the skull in the first picture and the symmetry thereafter in the second picture. 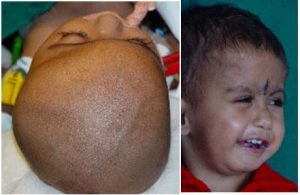 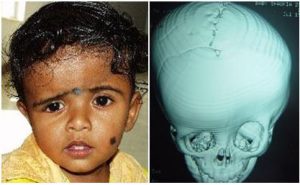 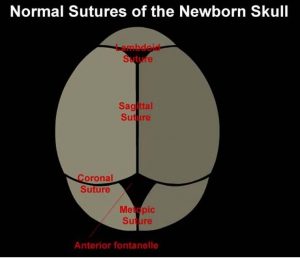 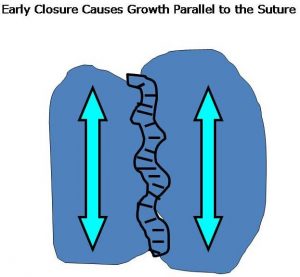 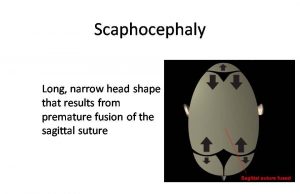 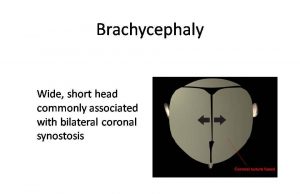 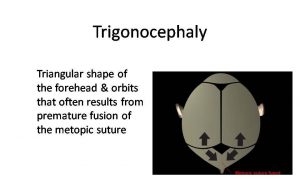 Such surgeries are best performed when the child is between 6months to 9 months of age when the bones of the skull are soft and easily bendable.

Trigonocephaly or triangular skull is not only a cosmetic problem, but the eyes tend to be too close together. This can lead to visual problems like lack of binocular vision or depth perception. 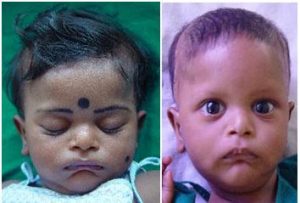