Profile of the Doctors

Dr. Rao is a visionary craniofacial surgeon, reconstructing facial and skull deformities for 30 years. He has performed more than 20,000 complex surgeries since. He has been trained in medicine with a specialisation in general surgery, plastic surgery, craniofacial surgery, dentistry and maxillofacial surgery. Following his BDS [Bachelor of Dentistry] at Nair Hospital, Mumbai, in 1980, and MDS [Masters of Dental Surgery] at Manipal (Karnataka) in 1984, he proceeded to work at the Royal London Hospital and Medical College (London) in 1989.

He obtained a Fellowship in maxillofacial surgery from the Royal College of Surgeons in 1990, returned to India to get a medical degree from Kasturba Medical College (Manipal) in 1991 and worked as a Professor at K.S Hegde Medical and Dental College.

He was associated with the commissioning of INGA Health Foundation in 2007 dedicated to provide free surgeries for the less-privileged.

Dr Rao has contributed to several scientific articles and text books including Operative Maxillofacial Surgery, 2nd edition, by Professor John Langdon. He has been an honorary advisory for the WHO, appointed to its panel for global strategies for the prevention of Craniofacial Anomalies. He was President of Indian Society for Cleft Lip and Palate and Craniofacial Anomalies in 2007.

He was first editor of the Indian Cleft Journal. He holds the position of the International Professor, University of Minnesota Medical School, since 2001. He is on the panel of visiting Craniofacial Surgeons to the Central Hospital, Brunei. He is the Director of Translational Medicine and Clinical Research at Merisis Therapeutics, a stem cell and genetic research organisation.

MDS, Associate of the Faculty of Surgical Trainers, Fellowship in craniofacial surgery 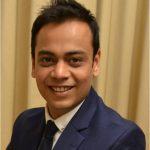