Description of Cleft Lip and Palate:

This is the commonest birth defect in the head & Neck region affecting 1:600 live births in India, 1:500 in China and 1:1000 in the USA.
While in the embryo, there is a unique developmental process through which right and left sided structures are initiated from right and left side of the embryo and then migrate towards the centre to fuse in the midline.Non migration or failure to fuse leads to common deformity of the face like Cleft Lip, nose and Cleft Palate and also less often do more severe deformities where even the eyes (Orbit) are far apart , swell as two halves of the nose and parts of the skull.
This leads to varying degrees of deformities involving the skull and the face ranging from innocuous to the extreme.

Cause can be malnutrition, genetic and environmental factors.Among the factors that are known to increase the risk of a child’s developing CLP are smoking or drinking by the mother during pregnancy, consanguineous marriage and other unforeseen illnesses during pregnancy.

On the other hand, the mother’s intake of folic acid and vitamin B12 are believed to reduce the risk of Cleft Lip and Palate. It is possible to diagnose CLP by ultrasound examination late in the first trimester or early in the second trimester of pregnancy. 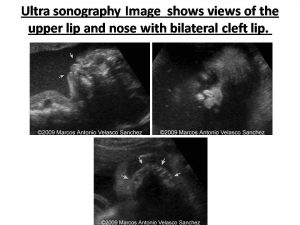 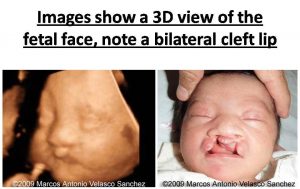 Cleft Treatment Is a Philosophy 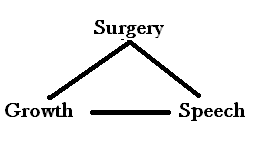 Some pictorial examples of Cleft Lip and Palate are given below: 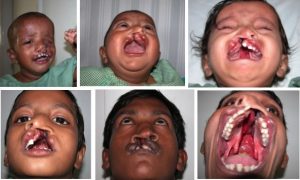 From this it is obvious that :